It would be difficult to find anyone willing to argue that the preservation and care of the natural environment is not an issue of either some importance at the least, or of dire urgency, if we are to heed the warnings of climate change and all that goes with that - fossil fuel emissions, CFCs, deforestation. Yet how do we, in reality, prioritise nature? To argue for "nature first" is to suggest that we ought to think about putting the natural environment at the lead of all we do, that perhaps, even, we can live our lives through this prioritising. Yet many of us live in worlds that cushion us against a raw brush with unmediated nature. We are gadget crazy. There is a gap, perhaps, between what we spend our time with and what we would like to admit is important. We may, for example, spend between eight and twelve hours a day with gadgets, leaving very little time, between sleeping and working, to consort with the natural environment, to feel, really, a part of it, which takes time.

As an art and environment conversation, I would like to begin to address this question from the perspective of creative practices: How can creative practices be approached in a way that allows nature to lead OR recognises that nature must lead? A sub-question to this would be: How do we do this without being prescriptive? While it is always possible, desirable, for art to elicit a shift in consciousness - Mark Dion -  or an emotional turmoil - Louise Bourgeois or a reminder of a lost nerve - Berlinde de Bruyckere these affects are given in ways that are non-prescriptive. They invite us to look and feel, and then...something happens. As Gilles Deleuze has said, famously citing Paul Klee, art creates sensations, not representations. Sensations cannot be didactic but they can be more powerful than this: they can compel us to move.

How to open up this place in creative practice, where nature's voice is loud and clear, has been a question that has confounded me, not without glimmers of insight, for a long time. For me it has been a question of how one can be in control without taking control, or how to allow the forces that drive creative activity, forces that are generated through the natural world, to rise up. How to avoid cliche. In some ways, this is not so much a question of the interface of nature and culture, but re-igniting the nature that is inherent to the impulse to create.

I would love to know your thoughts on this: How can nature be "first" in creative practices? 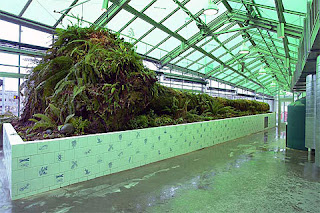 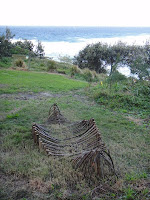 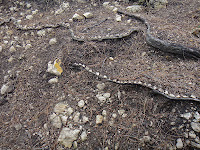 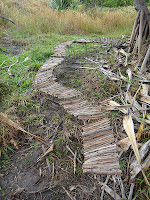 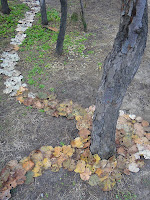 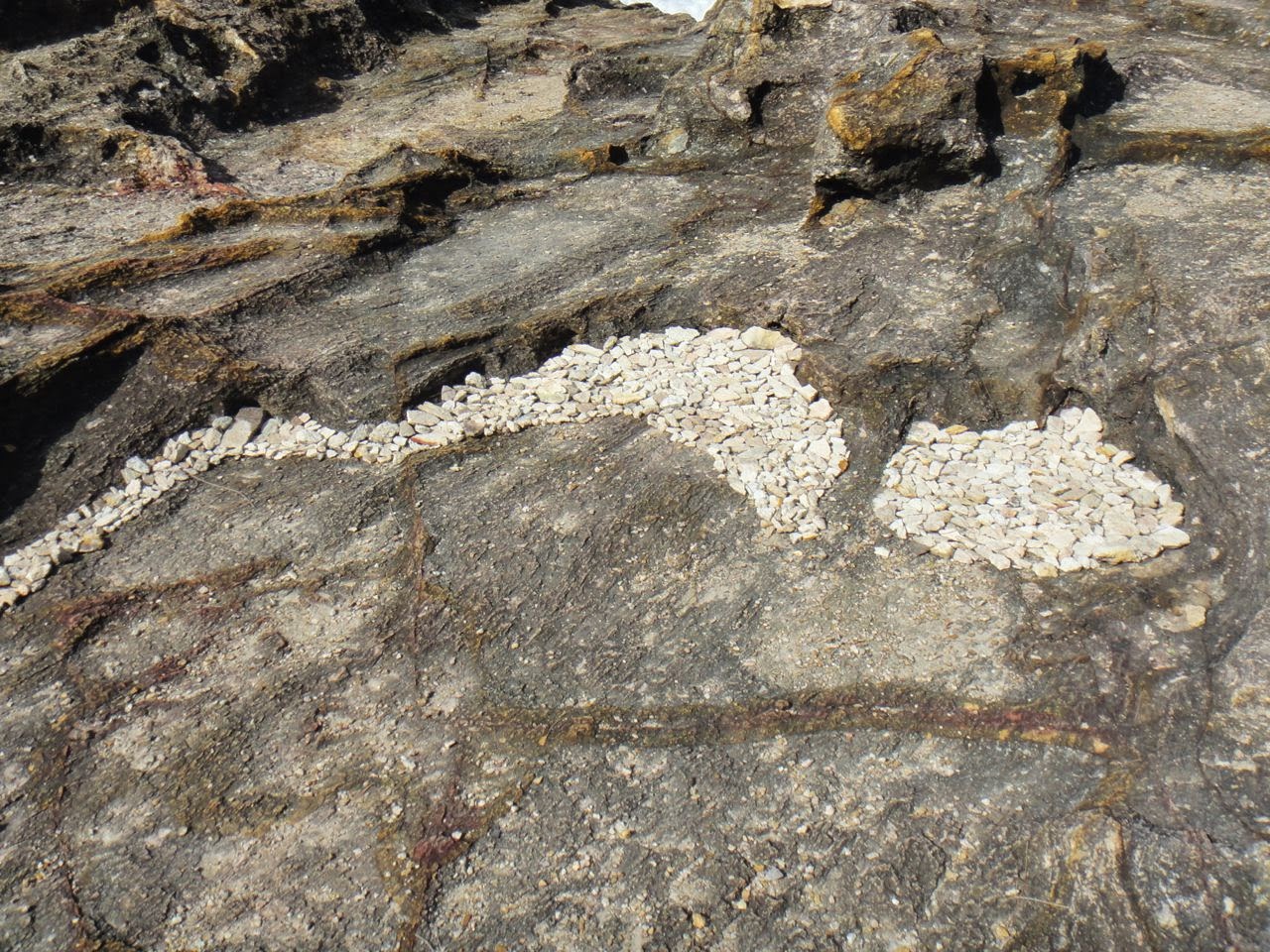 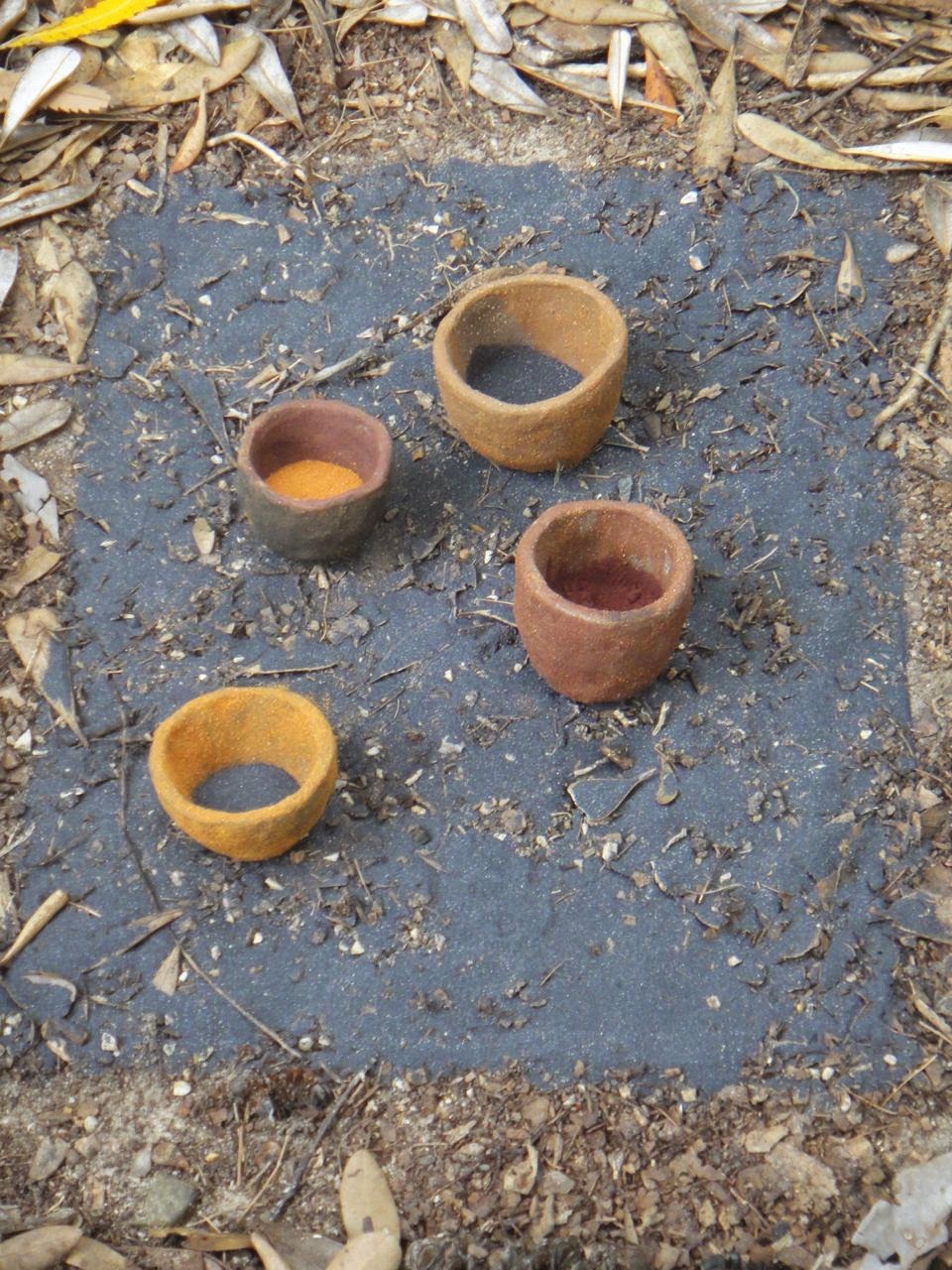 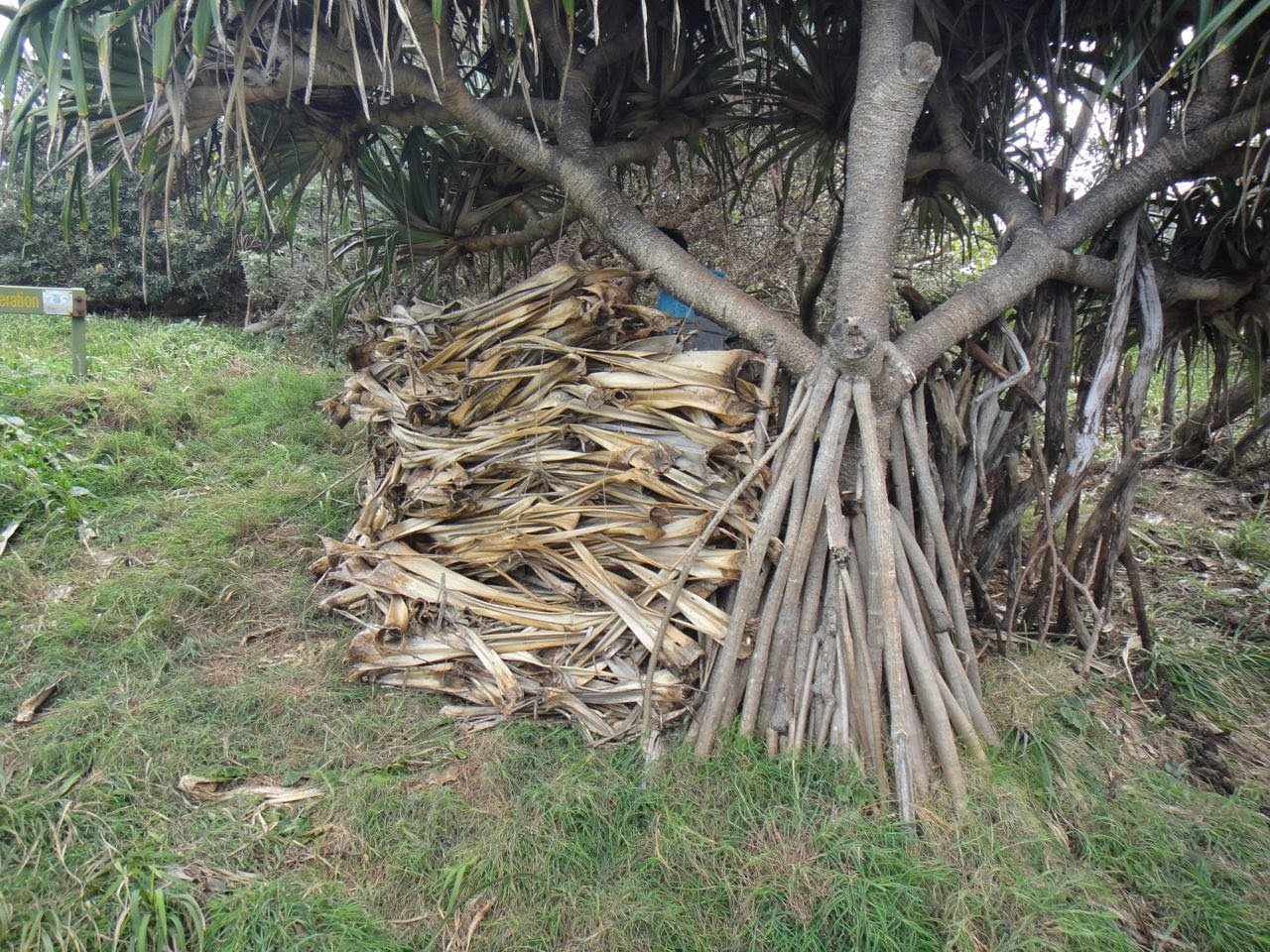 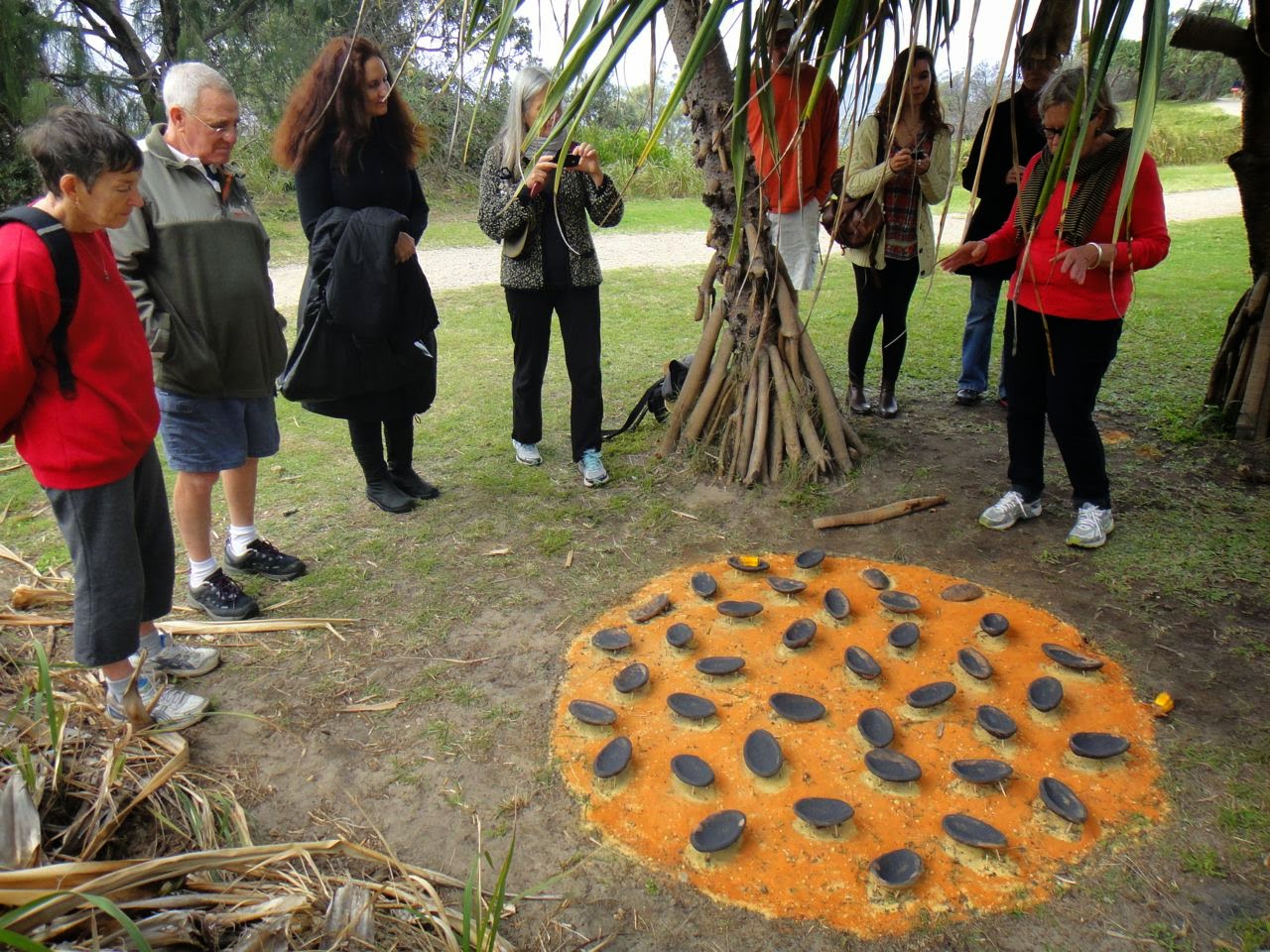 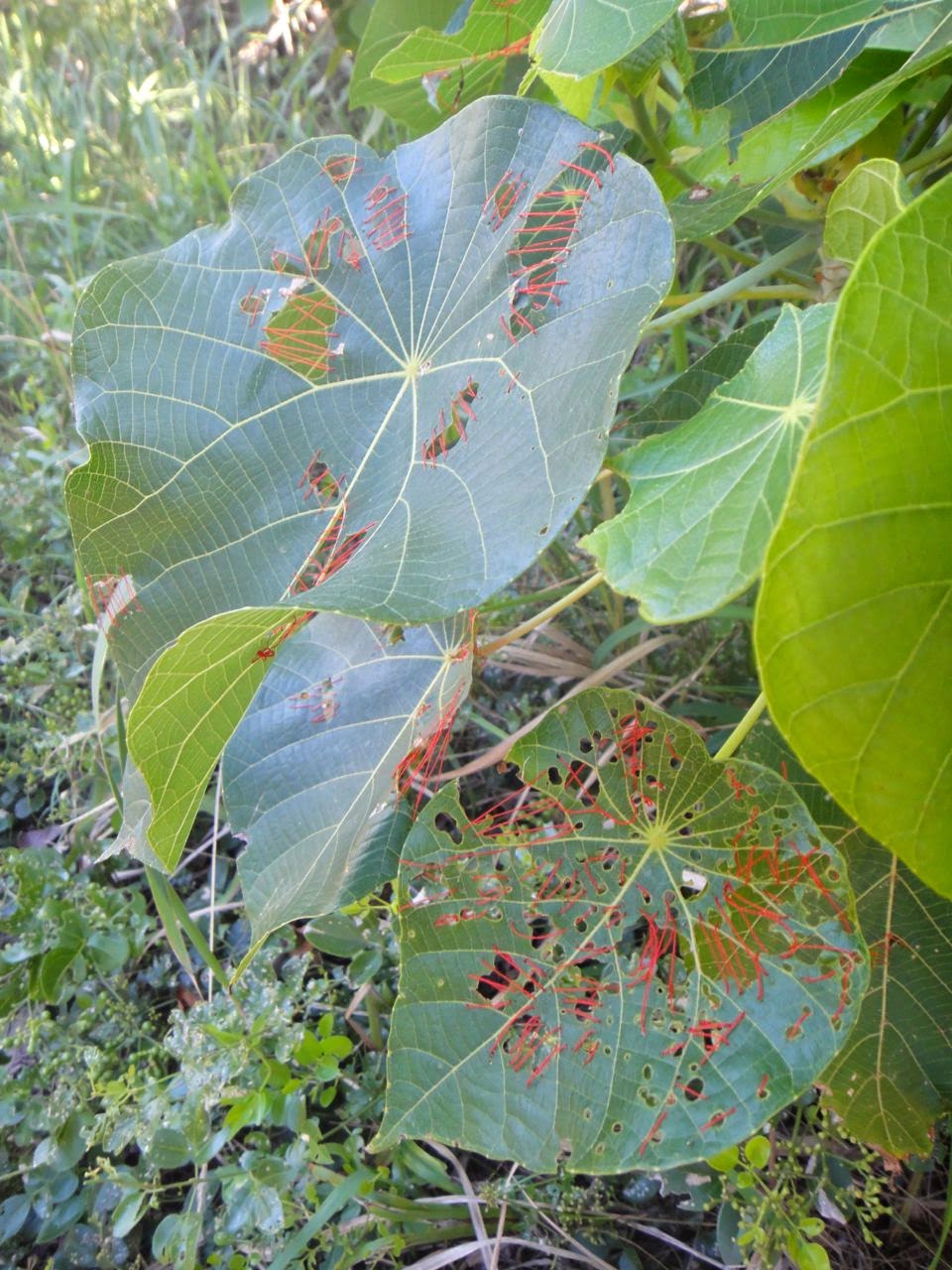 Email ThisBlogThis!Share to TwitterShare to FacebookShare to Pinterest
Environment and scale
How much of our experience of the environment is connected to visual perception, and how have artists surfaced an awareness that is not necessarily visual? These are questions raised in the course of researching the nature of surface as expressive idiom. The moment a surface becomes horizontally aligned, moved from wall to table or ground, it becomes a place, not only where, but on account of which things can happen. Paul Carter (1996) refers to the "motivated" land of difficult country, where the ground itself is the cause of movement. He places this in direct contrast to the staging of the western poetic act, an enclosure that separates the stage of expression from the contingency of the earth's surface. Carter's analysis suggests that the creative act happens in movement, just as James Gibson insists that perception happens only in movement. Indeed, for Gibson, our perception of the environment is most certainly visual, but vision for Gibson goes beyond the retinal image, to include the  sensory awareness of the moving subject, picking up on aspects of the environment in relation to the body by which perception happens.

For Gibson, a perceptive act is never complete. Being in the world constitutes a continuous perception.  "I perceived a waterfall" would make no sense in this account, for at what point did I perceive it and when did this stop? Where did the waterfall start and stop? Was it the water, the rocks, the elevated terrain, the weather? Furthermore, what made it a waterfall and not a shower, was merely my own relative size. I am not a giant. He makes an interesting point, because when we arrest a moment, in a photograph, a drawing or in a memory, we effectively invent it as meaning. Imagine, though, how hard it would be to expect all the details of a situation before agreeing to understand it. Impossible, because the greater the number of details, the more it becomes evident that the real situation is not a logical equation made from these parts, but precisely the infinite details themselves. What I have is my body, that has a particular scale and symmetry, so that the world is one thing to me and something else entirely to the giant for whom the waterfall affords no dangers..

Posted by Sharon Jewell at 03:32 No comments:

The conversation "How do Artists Talk about the Environment" will be taking place in real time, in the very real and magnificent Point Lookout Headland on Minjerribah - North Stradbroke Island - on Saturday June 30, at 12.30pm. The day will begin with a Welcome to Country  with Auntie Joan Hendricks. Please go to the Lines in the Sand website for more details.

Meanwhile, it would be great to keep this conversation alive on this blog site!
Posted by Sharon Jewell at 20:41 No comments: 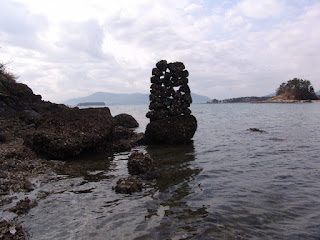 Yatoo is an international Nature and Art organisation based in South Korea. They have an international programme, they run residencies, workshops and a Biennale and have a super web site.
Posted by Sharon Jewell at 23:11 No comments:

LINES in the SAND is an art and environment festival that takes place on Stradbroke Island at the end of June each year. It is a living, evolving, emerging response to the question of how artists talk about the environment.
Posted by Sharon Jewell at 23:01 No comments:

How do artists talk about the environment

The question that runs through this conversation is: How do artists talk about the environment? This inquiry arose through a conversation with an environmentalist who was at pains to understand the point of art at all, beyond a decorative function. There is a clear dimension to the purpose of the sciences, likely, I would suggest, because purpose is at the heart of scientific rationalisation and it is therefore assumed that purpose drives all research and endeavour. In an ethos of binary logic, the rejection of purpose reads as purposelessness, so that if art cannot hold up under such scrutiny it is without purpose. In fact I would argue that to enlist in the service of purpose is to be heartily tied up with its opposite and that there are other ways of conceiving and engaging with the world that do not put purpose centre stage. I believe, now, that this is the reason I stumbled to respond to the environmentalist who had struck at the heart of my entire operational method: I live the world through art.

While that claim is rather awkward and not an entirely adequate assessment of things, it does bring together three words that do remarkable things when they come together: Live, world, art. The French philosopher, Jean-Luc Nancy speaks about art as the creation of a world, and is one of many contemporary thinkers who question the role of representation, or what representation can be or mean, in language, art and other "meaning making" practices. Why mention representation? Because to talk about something is to represent it. My current interest in the relationship between art and environment is on a non-representational level. Is this even possible? Gestalt psychologists would say that even to look is to begin to make interpretations (which are representations). (This is why James Gibson, writing in the 60s and 70s is an interesting voice to resurface. More later).

Without going too far at this stage I propose that, to the question How do artists talk about the environment? my first response would be to deal with that word "about". In fact, let's just leave it out entirely and suggest  a possibility of talking with the environment; a possibility of conversation, so that rather than standing back and analysing, interpreting or otherwise getting a grip on  the world, I want to suggest a continuity between world and the beholding subject. Of course there is a long precedent to this notion from the early phenomenologists and more recently thinkers like Gilles Deleuze, but we really don't have to go there - unless we want to (and sometimes we do). But it is one thing to know this theoretically and another to feel it, to really sense this co-extension - the world and I unfolding, emerging together - and then to perform this act of becoming through art.

These are my first thoughts on this question, though they have been developing for a while now. I am intrigued to know how other artists would respond to this trigger. Perhaps we can do away with the question and just throw out some words without any grammar binding them at all: Art, environment, world, talk...HOW?